Christian marriage is so beautiful, as well as an endearment marriage isn’t it?

When we think about Christian marriage, the first thing which is going in our mind is the kiss, people think that Christian marriage is all about the amazing kiss but this is more than that, Christian weddings are quite different from what we imagine.

People want to know what are the rituals of Christian marriage, first of all, we all believe that marriage is the handout of god, this is the thing which should not be taken for granted.

What do they wear?

The dressing attire of weddings depends on the culture or tradition we follow, in Christian wedding the bride and groom wear white but in Hindu culture, the bride wears red and so on.

The first step of wearing white is taken by Queen Victoria’s marriage to Albert of Saxe-Coburg-Gotha. Wearing a white dress has become a tradition of Christian people or who follow Christianity, one of the reasons for wearing white is, this is the symbol of purity and it signified the purity of bride and her soul, they can wear any color which is in light but they choose white.  The handsome Groom generally wears the suits in which they look like the man of the day.

Why do they kiss?

After the vows bride and groom kiss because they think that this is the best way to exchange both souls and accept each other.

In the Bible of Christians, written that the couple has to kiss each other, it is just a gesture of love and affection.

The grace of cake

Cake cutting is one of the best parts of Christian marriage and the cake was titanic. After all the tradition began the bride and groom share a piece of cake and symbolize their union and promise.

After they share cake,  it is distributed to all guest and take blessing from all, for their happy wedding life. Also, human being thinks that when we start something new we should eat sweet for a new beginning.

The story of flowers

Flowers exist in the list of bride-to-be or wedding planner. In a Christian marriage, there is a lot of significance of flowers, when the bride enters the church a young girl carried sheaths of wheat during the wedding which means prosperity. There are no such specific flowers which carry by the bride, flowers have their own meaning.

Each color of carnation represent something different, pink represents boldness, red for love and white for peace.

This flower signifies the “truth” which is very important in all marriage.

It represents “friendship ” at the wedding.

Daffodil is all about “happiness”

Dahila represents that the wedding is for long-lasting or forever.

Carrying flowers in a wedding is shows the extra amount of love and romance, this is also the romantic language of lovers which replace words so a bride chooses wedding flowers according to the message she wants to give to groom.

Just like other cultures vows, in Christian wedding also the bride and groom take vows which they should follow a lifetime. The Bible defines as the marriage is the joining of two souls into one, and the Christian vows are not written in the Bible but it depends on Bible principles so the vows are also edited by the bride and groom and have been written by the couple.

You can feel free to write your own personalized wedding vows if there is something specific you’d like to express. There are slight differences between the wedding vows of the bride and groom; so you don’t need to speak the same vows. 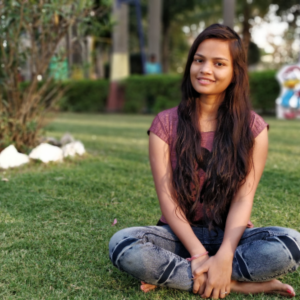 Why Tamil Weddings Are a Must-Attend Event for Everyone?