Urdu Calligraphy Art For Your Homes 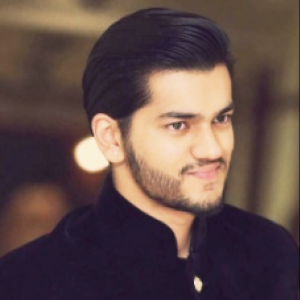 In the current era, the subtle couplets of the past Urdu poets are shared widely on Facebook and Instagram. But the images that form the visual background of their poems don’t befit them. The wallpapers are cheap and shrill, undeserving to functions as backdrops of the poets’pearls of wisdom.

Instead, the art of calligraphy should be used to give them the visual treatment they deserve. So, if you want to add a dash of wisdom and philosophy to your home, then go for Urdu calligraphy art for your walls. Most Urdu poetry art also includes posters in which the couplet is written on the image along with a small sketch of the poet.

The couplet is usually written the Nastaliq font of the Persian script. Developed in the 15th century in Iran after the Muslim conquest there, the Nast’aliq font is characterized by letters that slope from right to left, thereby giving the words a ‘hanging’ or ‘ta’liq’ appearance. The font was initially devised to transcribe the Arabic script but with time it came to be used to write Farsi, Urdu, Punjabi, Kashmiri, and Pashto. Nastaliq font was also used to write court documents.

It forms the standard basis of writing Urdu. Since the Persian script of Urdu is derived from the Arabic script, Urdu poetry can also be written in calligraphic fonts that are largely used to write Arabic such as Diwani, Tughra and Thuluth. But since Urdu has always been written in Nastaliq and we are accustomed to reading it in that font, it looks the best in it only.

Nastaliq is good for writing Urdu as it is less ornate and thus takes up less space than other writing fonts. One can write an entire Urdu nazmon a small sheet of paper and stick it on their walls.

But if Urdu shayaris inspired by the values of Islam, then it can be included in Islamic calligraphy. Significantly, we should realize that only twenty percent of Muslims are Arabic speakers. Which is why some of the Islamic calligraphy now is done in languages other than Arabic.

For example, English translations of ayats from the Quran or narrations from the Hadith are displayed in calligraphic styles.

So if you want to uplift the visual and spiritual or philosophical quotient of your living spaces, you can Urdu calligraphy art or Urdu poetry art. It can serve as a good gifting item also.

PrevPreviousVLSI: Can You Do Anything in This Field?
NextA Guide To Buy Commercial SpaceNext
Menu